The truth about Chevron...

...is even worse than we imagined. 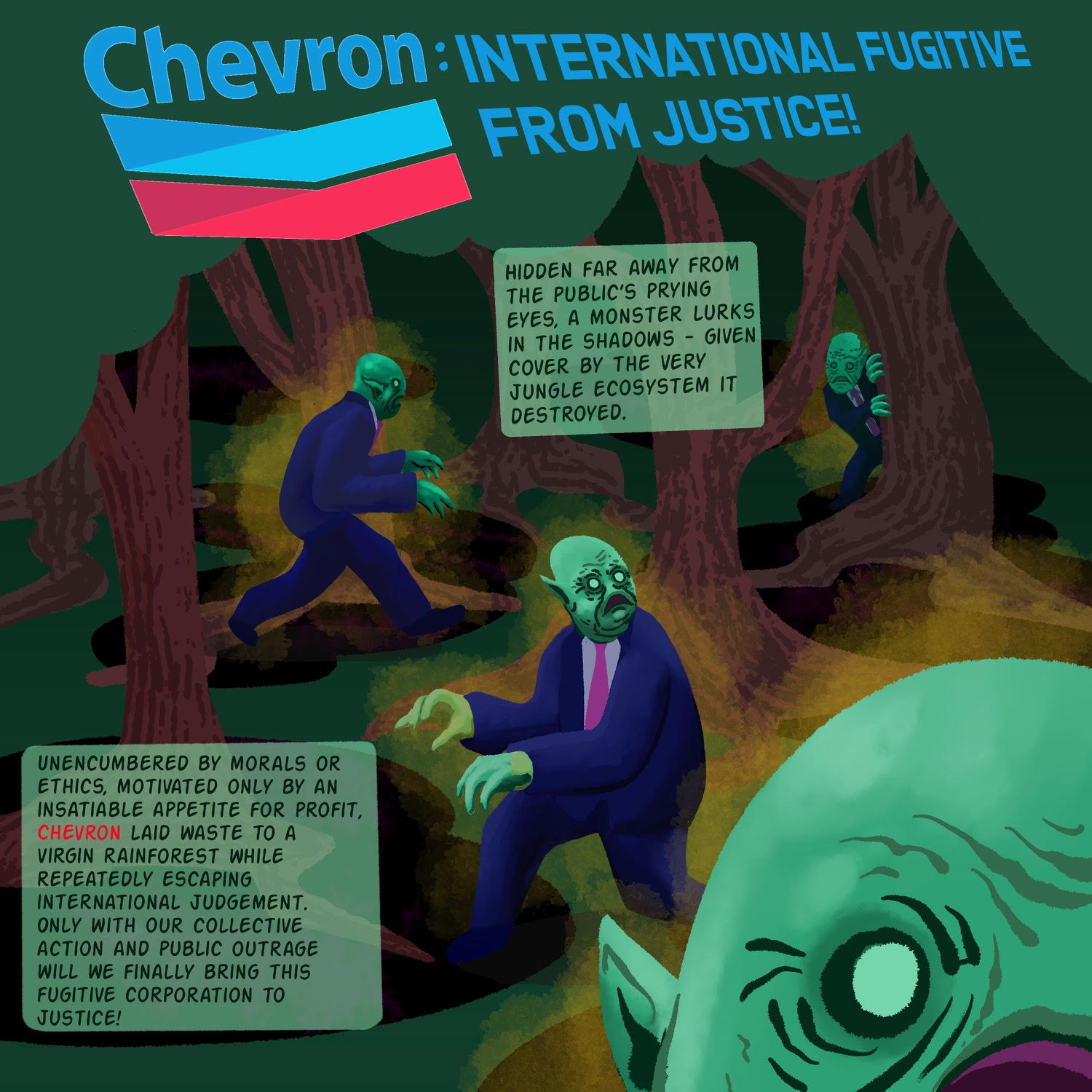 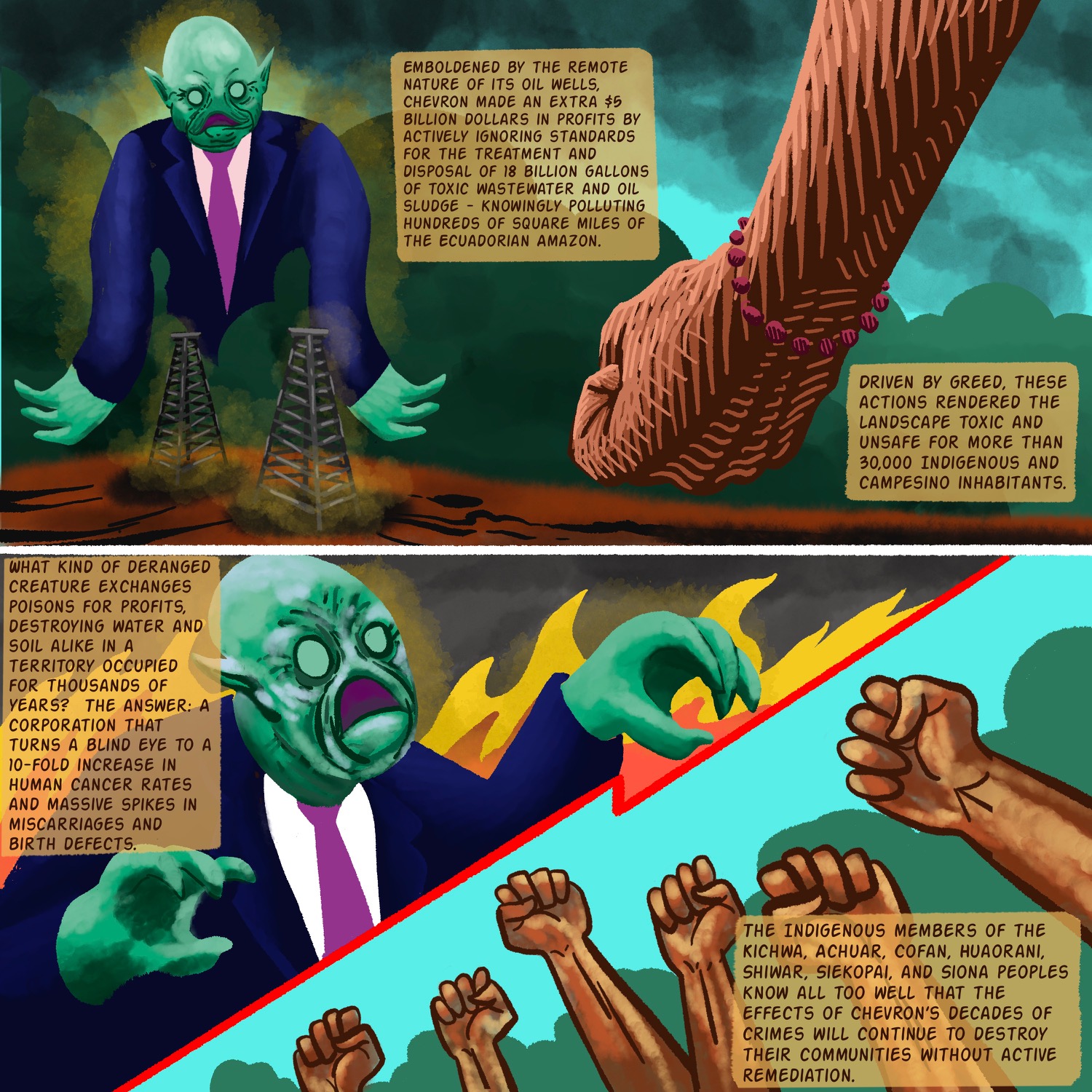 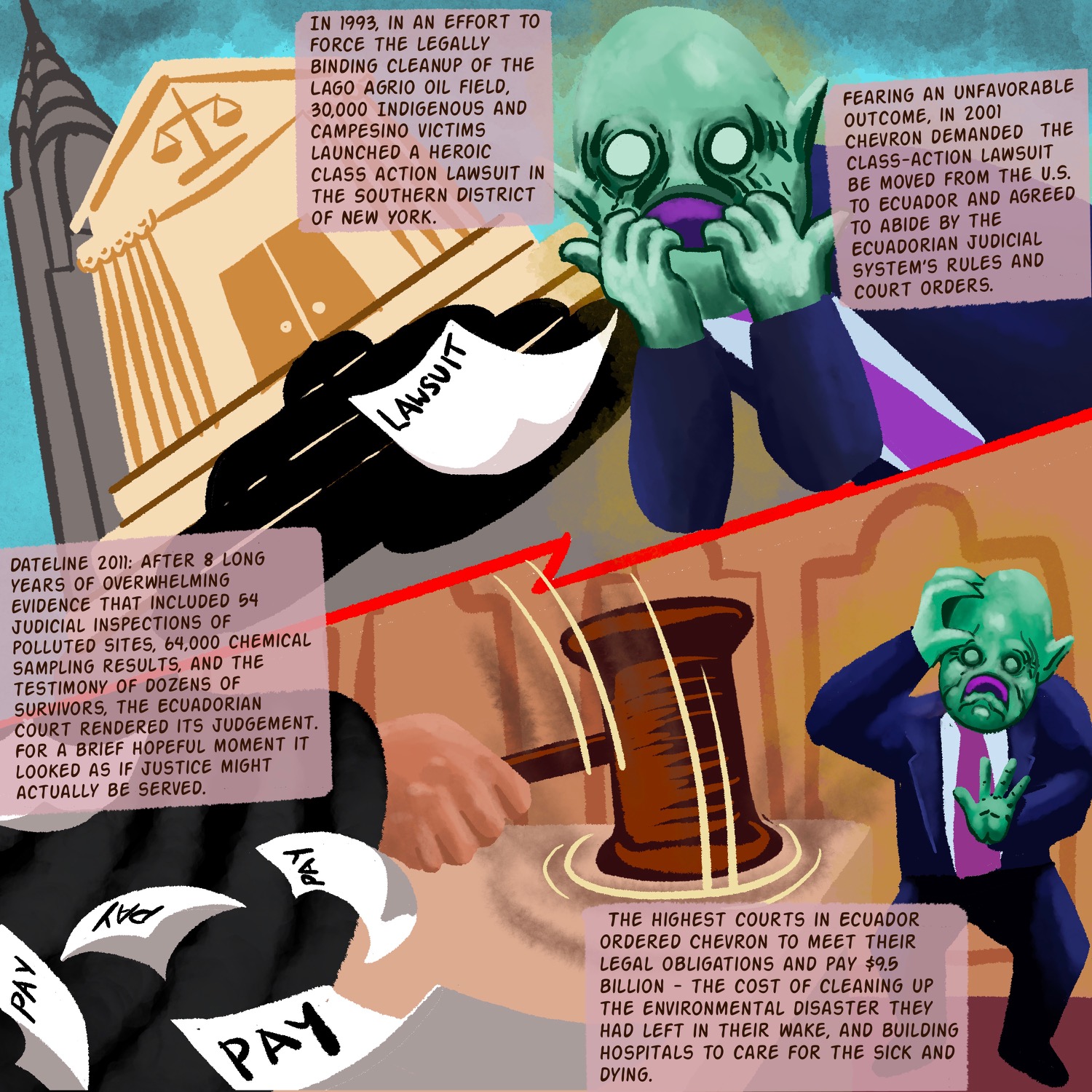 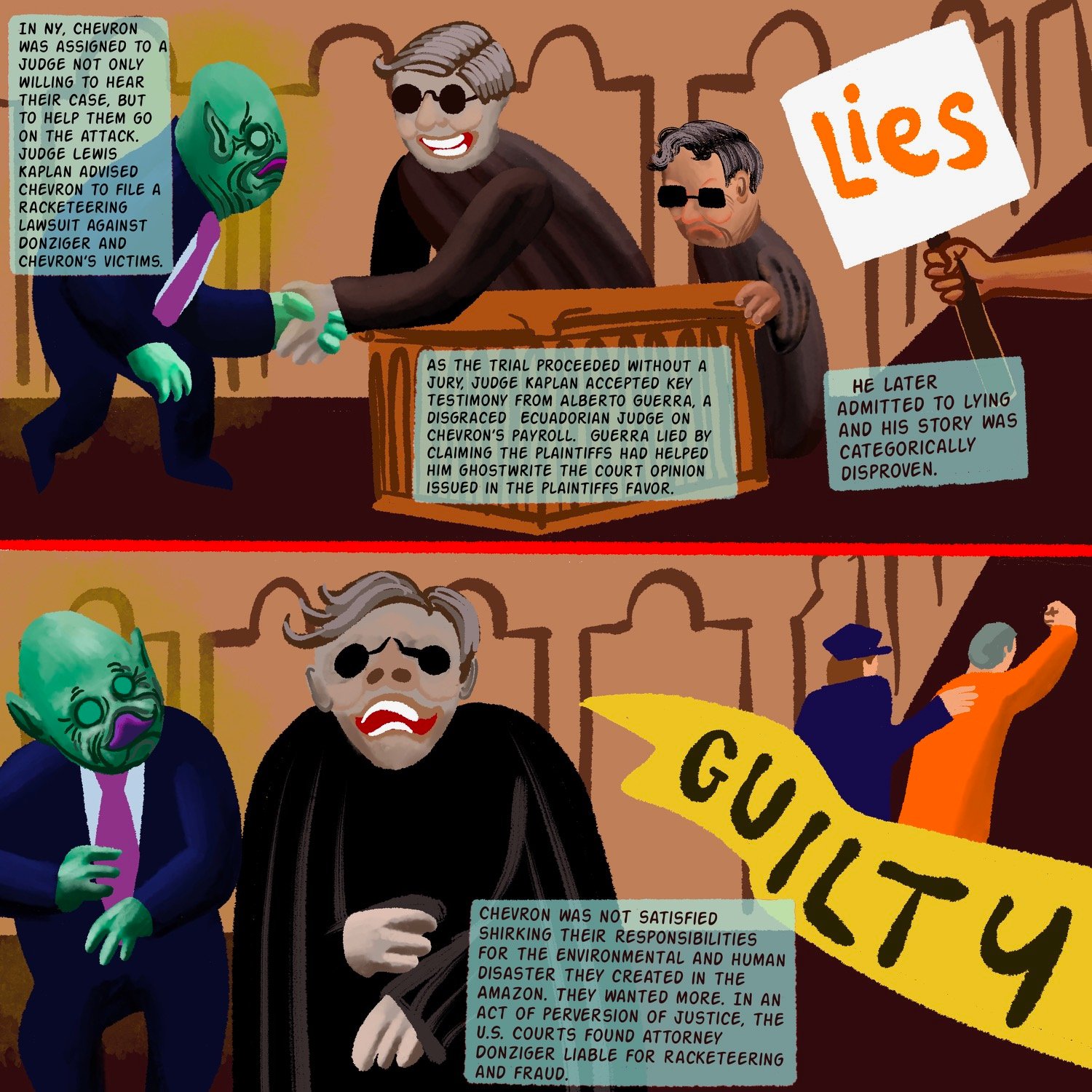 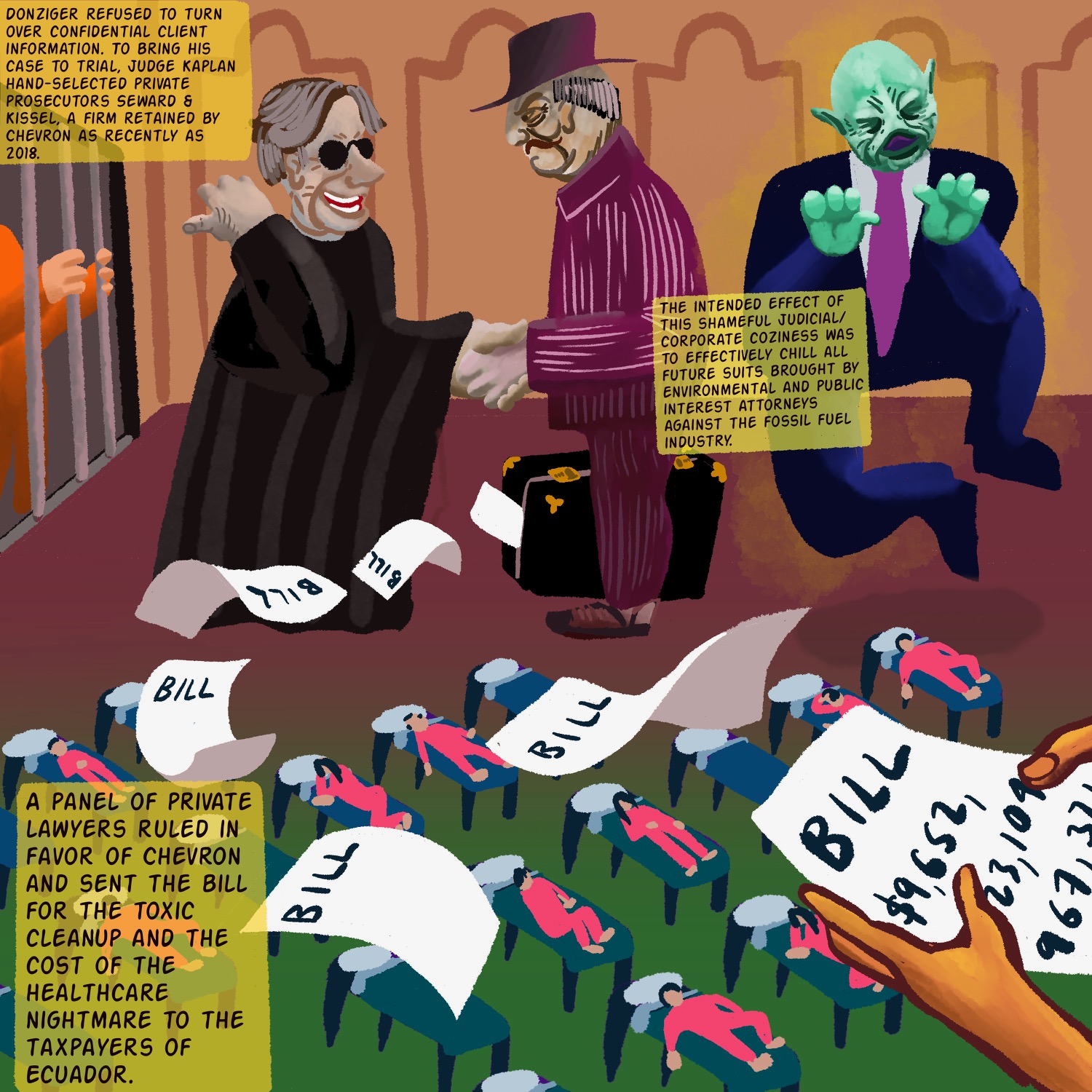 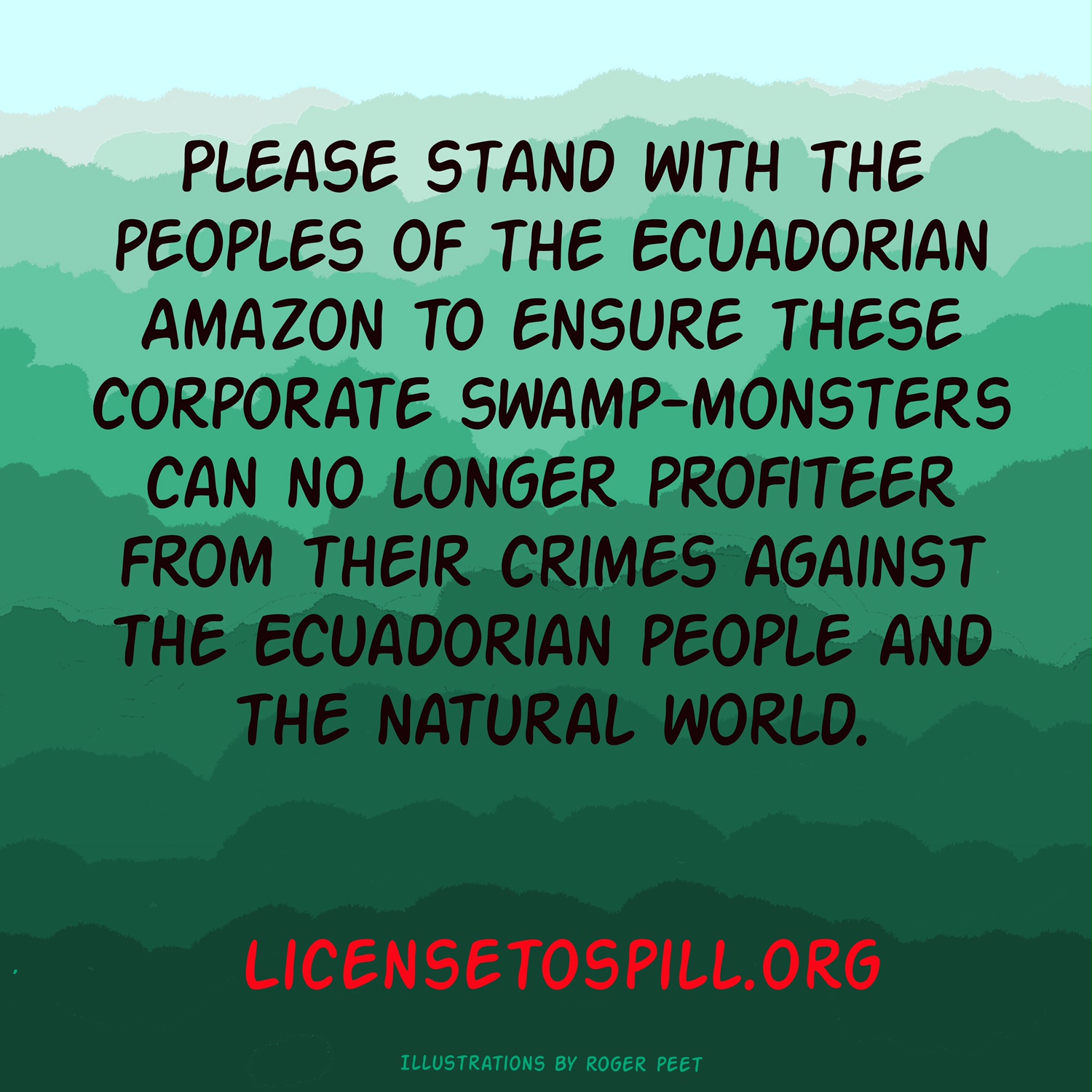 Chevron is hiding behind unscrupulous law firms to evade accountability for its environmental and human rights harms in Ecuador.

The oil company intentionally dumped billions of gallons of oil waste into unlined pits in the Amazon rainforest, contaminating the water sources of nearby communities. Ecuadorian plaintiffs fought Chevron in court for decades, winning a $9.5 billion judgment against the company.

But Chevron hasn't paid a dime to the people of Ecuador, nor to the region's indigenous communities and instead relies on its unlimited financial resources and unethical legal tactics to evade accountability. One of Chevron's most egregious law firms, Gibson Dunn & Crutcher, was primarily tasked with litigating in Ecuador. When Chevron lost, Gibson Dunn shifted blame to the victims and portrayed them as fraudsters in the U.S. Courts, delaying justice further.

Chevron's Strategic Lawsuit Against Public Participation (SLAPP) aims to pit the public against the plaintiff's lawyers, instead of considering Amazonian communities that still live with contaminated water. SLAPP has become a favored tactic to punish anyone who stands up to companies that exploit human beings, and the ecosystems we all depend upon.

It is not okay for U.S. corporations to take advantage of foreign countries and cut corners to make excessive profits for a few rich shareholders. It is not acceptable for those companies to come running back to U.S. courts when they lose in foreign courts, violating international and indigenous sovereignty. The U.S. courts lose trust, credibility, and stature when they prioritize corporate profiteering over human rights.

The indigenous peoples and Ecuadorians who prevailed against Chevron in court continue to endure the consequences of its oil pollution: poisoned land, toxic water, and detrimental health impacts.

Members of the Protect the Protest coalition began gathering in 2018 to bring this fight back onto a level playing field.

Our goal is to revoke Chevron's License to Spill. Justice must be served in the Amazon.